Having herded their flocks down from higher, summer grazing areas, sheep owners load their respective flocks for transport to lower elevations for the Oberwallis, Switzerland winter. 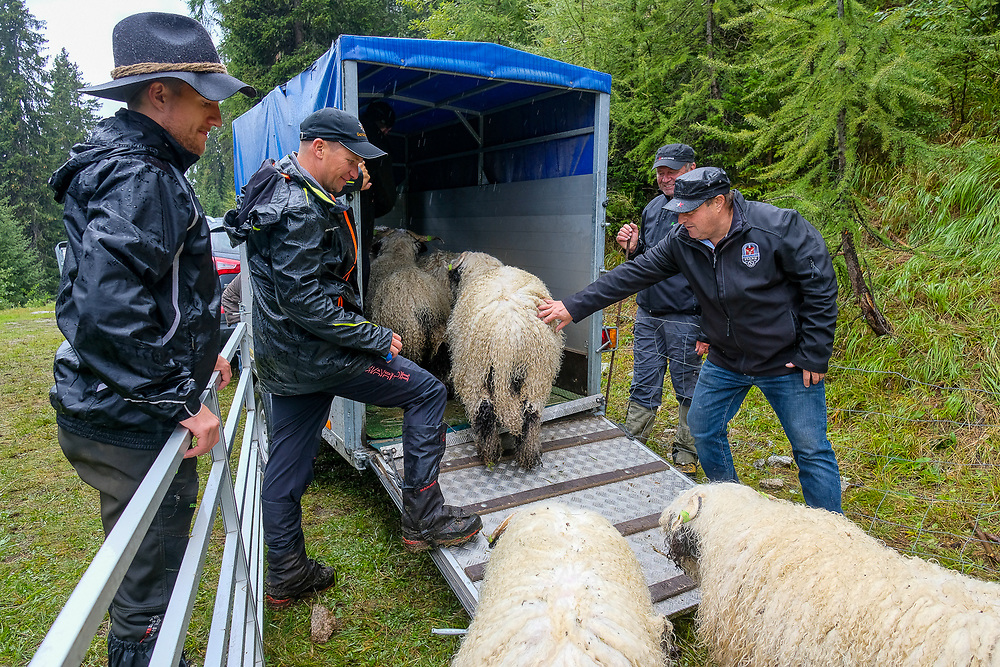