Sheep owner, Kilian Schnydrig, wrangles one of his Walliser Blacknose sheep to a grooming platform, in preparation for the annual Mund Village show and competition. 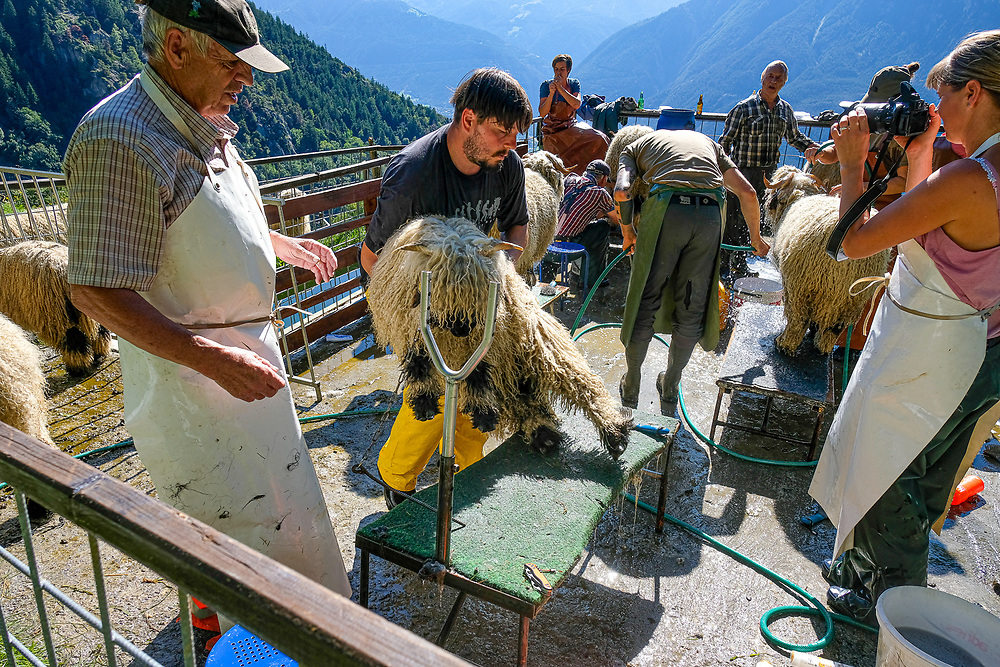