Family friend, Marc Lipp (l) and family member, Margrith Schnydrig, pass one of the many jugs of soap and shampoo used to wash a herd of Walliser Blacknose sheep, in preparation for the annual Mund Village show. 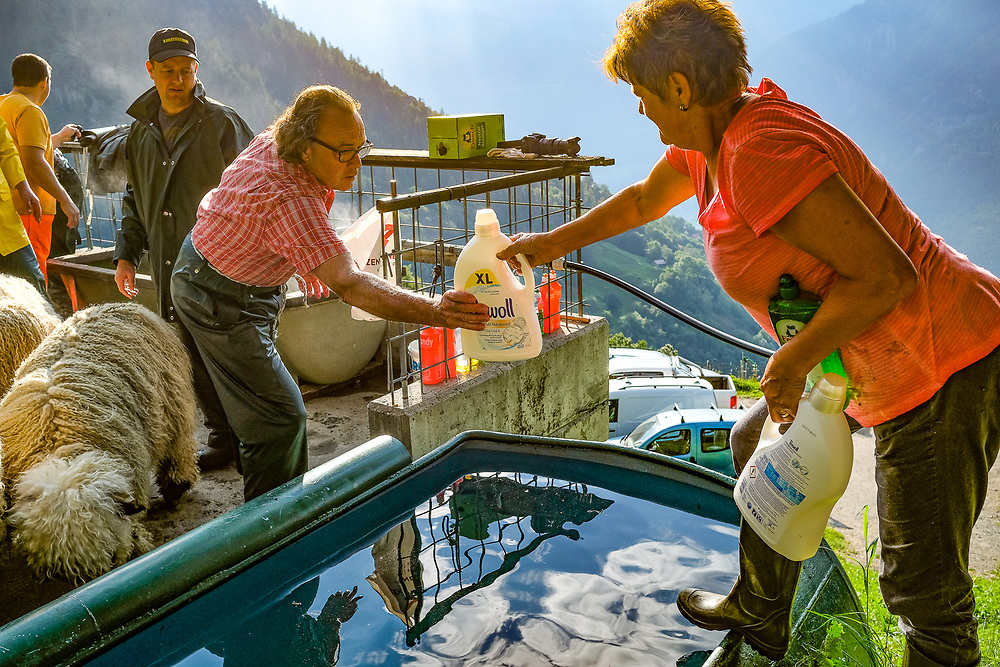