Washed Walliser Blacknose sheep are herded into the stall for the night. The next day they will be paraded to the annual Mund, Oberwallis, Switzerland show and judging competition. 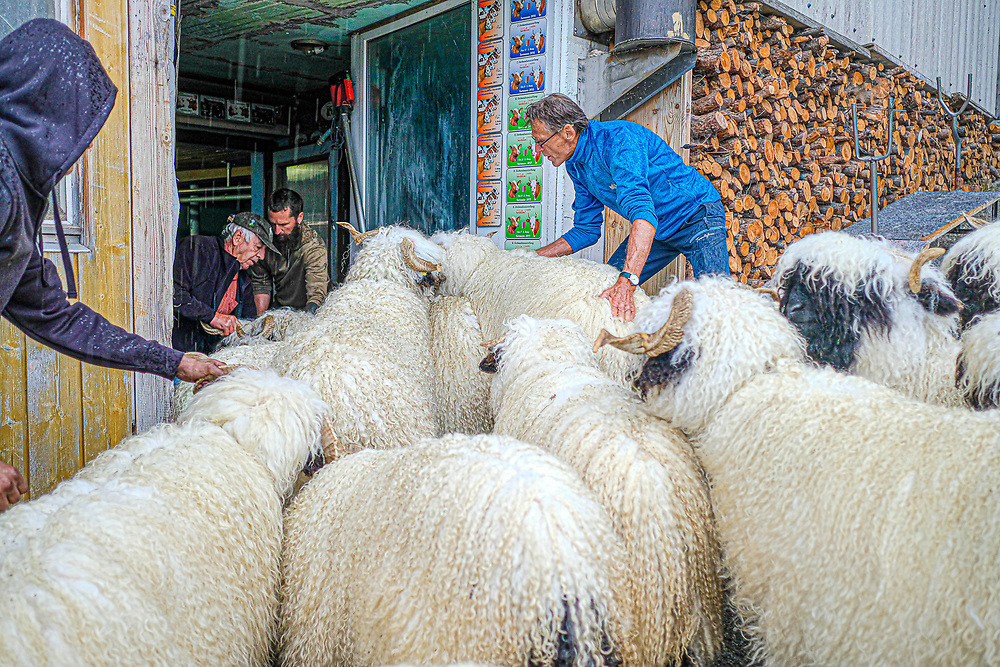