Swiss family Schnydrig and friends gather to wash and prepare their herds of Walliser Blacknose Sheep for the annual show and judging in Mund, Oberwallis, Switzerland. 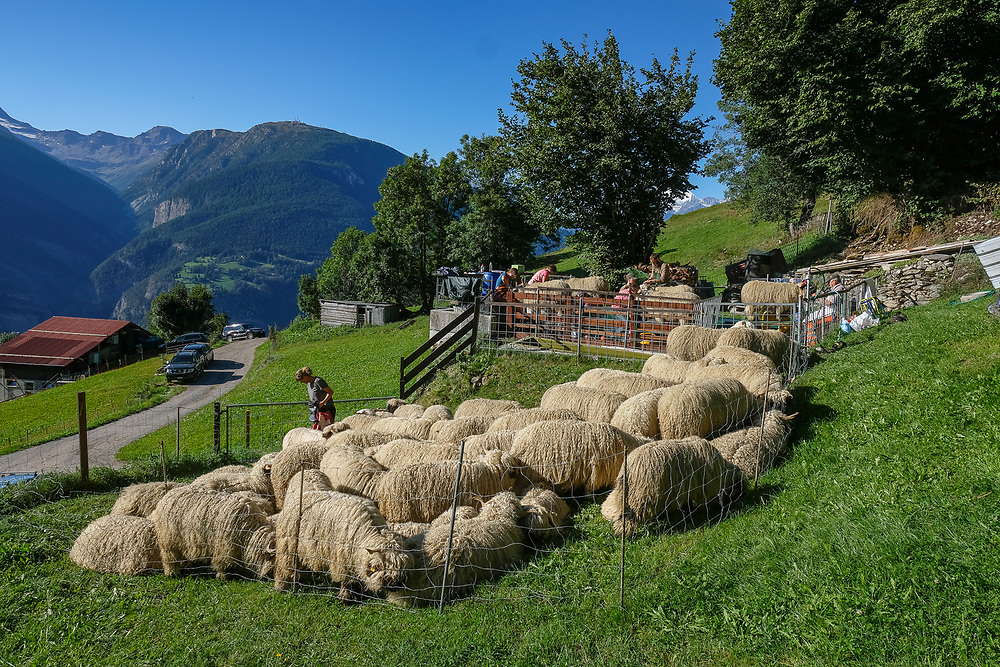