Young Marlis Pfammatter-Schnydrig stands proudly next to Alexander Pfammatter, and one of their prized Walliser Blacknose entries to the Mund, Switzerland show and judging. 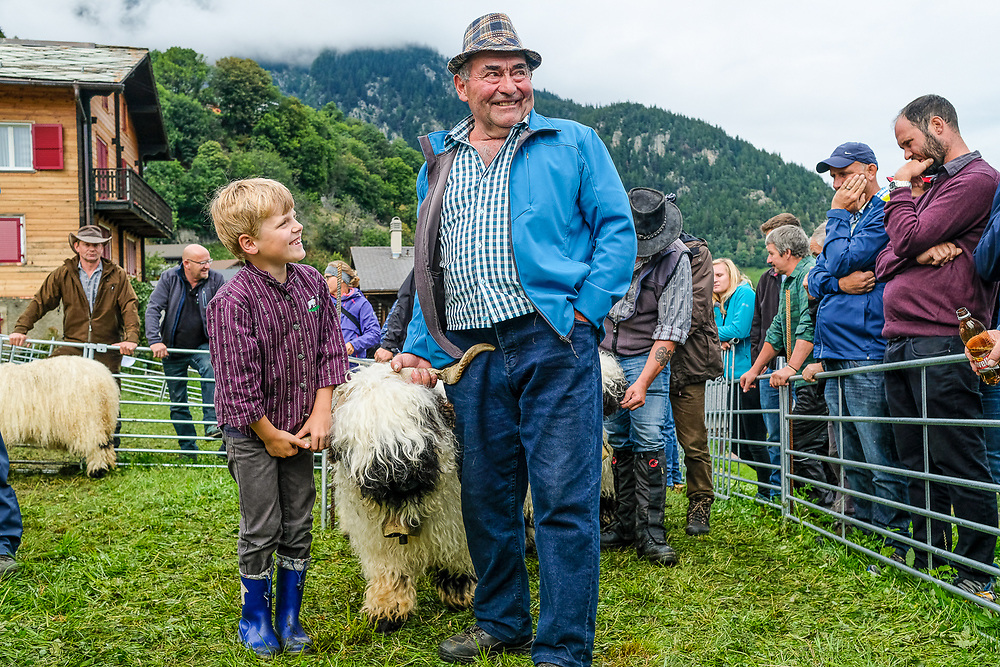